skip to main | skip to sidebar

Why are people blaming the poor for our financial meltdown? 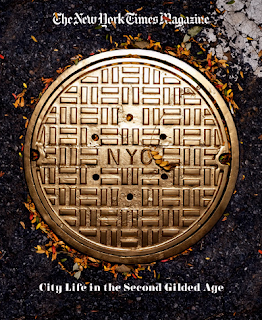 A few days ago when my uncle was over for dinner, he blamed the country's economic woes on people taking out housing loans they couldn't afford. The implication was that if American's had been more fiscally responsible, we wouldn't be facing such problems. I am starting to read it in the New York Times, and hear it on the street. Perhaps the approach might be slightly more tactful: If Washington hadn't pushed an ownership society, none of this would have happened.

Are they kidding? Peddling loans to the uneducated and convincing them they could GET RICH too was every day business. (I seem to recall being taught in high school history that it wasn't the fault of the poor for the spiraling easy credit mantras of the 1920's. It was the fault of the lending machine.)

Take the broker from WaMu, RIP. We signed up for a home equity loan in 2004 when my husband was a PhD candidate and I was making minimal money on documentary films. We told no lies on our application. But that didn't stop the broker from HELPING US. In fact, when we walked into the branch to sign our paperwork, he had DOUBLED what we had asked for and was waiting for us to agree. Ouch. My husband and I shook our heads in disbelief - we we're the kind of people banks treated suspiciously. Something was really really wrong here. We heard the bells a-tolling for old WaMu.

It seemed as if money-crazy psychology had clouded all reason. Take for example, the NYTimes July 2007 magazine article "The New Gilded Age," with the picture of a golden manhole cover on the front, published just weeks before the markets started to unravel. Surely editors should have been able to find more voices to debate such excess but criticism was overwhelmed by Wall Street's pumped up mentality.

And the irony was that within that same week, the paper had a story about the terrible conditions of workers in foreign companies making those New York manhole covers.
Posted by Nonny de la Peña at 1:21 PM No comments:

Nonny de la Peña
Los Angeles, California, United States
Nonny de la Peña is a Senior Research Fellow in Immersive Journalism at USC's Annenberg School of Communications and Journalism. She is also co-founder of Stroome.com, an online community based around video remix. Her work includes multiple Second Life installations, including GONE GITMO, a virtual representation of Guantanamo Bay prison that was funded by the MacArthur Foundation. In conjunction with Mel Slater and the Event Lab, she and partner Peggy Weil built IPSRESS - a project on interrogation and detainees using head mounted display technology. A former correspondent for Newsweek Magazine, she has written for many major publications including the New York Times and Los Angeles Times. Her documentary films have screened at theatres, festivals and on television stations in more than fifty cities around the globe. The Los Angeles Times wrote that, “de la Peña expertly personalizes the stories” in her films and the New York Times called her work, “a brave and necessary act of truth-telling.” De la Peña is currently exploring how to create immersive journalism – experiential news that uses virtual reality and 3D technology.